United Doctors Family Medical Center is dedicated to the highest quality of care for its patients. This mission requires a dynamic organization which embodies excellence in patient care and education, adherence to strict ethical standards, and a keen responsiveness to our patients’ needs. In essence, we exist to serve others.

Dr. Enrico Gaspar has a Bachelor of Science Degree in Medical Technology which he obtained in 1988.  He then received his Doctor of Medicine in 1993 from the University of Santo Tomas in Manila, Philippines.  Dr. Gaspar spent the next several years gaining valuable experience and training in several areas including an internship with the Veterans Memorial Medical Center.  He has a year of experience and training in Surgical Residency and completed 3 years of training in Internal Medicine (Board Certified and Diplomate). He has also a year of fellowship in Pulmonary and Critical Care in the university.

In 2001, Dr. Gaspar moved to the United States and began a residency training in Internal Medicine at the State University of New York in Buffalo, New York.  He became the Chief Resident at the State University of New York at Buffalo from 2003-2004.  He moved to Marshall County, Alabama in 2004 and began his local practice providing both out-patient and predominantly in-patient services as an Attending Physician at Marshall Medical Center in Boaz, Alabama.  Dr. Gaspar has been the first to establish full Hospitalist services locally.  He has been in practice locally for 10 years, handling the most complicated and critically ill patients.  He will start seeing his own and new patients in the clinic for continuity of care.  He will also continue to provide Hospitalist services for those patients needing in-patient care.

Dr. Gaspar, his wife and 2 children, have enjoyed their stay here and he will continue to provide quality care coupled with compassion and empathy towards his patients. 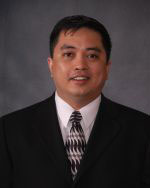 Dr. Alvin Tenchavez graduated class valedictorian and Most Outstanding Young Carolinian of 1988 from the University of San Carlos – Boys’ School, Cebu City, Philippines. He was also recognized as one of the Ten Most Outstanding High School Students of Cebu and earned a full scholarship to the college and course of his choice. He went on to pursue his pre-med studies at Velez College, Cebu, Philippines and finished with a Bachelor of Science degree in Medical Technology. He was ranked first in the Dean’s list for Medical Technology from 1988-1991. He graduated Magna Cum Laude and first in his class. He was also awarded as the Most Outstanding Velezian for the school year 1991-1992 after graduating as the Batch Valedictorian for all the colleges. Dr. Tenchavez graduated number one in his class from the Cebu Institute of Medicine, Cebu City, Philippines in 1996. He was awarded as the Most Outstanding Graduate of 1996, the Presidential Gold Medal in Microbiology, the Presidential Gold Medal in Preventive and Social Medicine, First Place –Excellence in the Study of Parasitology and the Sanofi Winthrop Scholarship for 1995-96. In 1998, he served as a staff physician at St. Vincent’s General Hospital (Internal Medicine Department), Cebu City, Philippines before moving to the United States in 1999 to do his Internal Medicine residency at Lincoln Medical and Mental Health Center – Weill Cornell University, Bronx, New York. He completed his training in 2002 and moved to the Sand Mountain area to start his medical practice.

“Dr. T”, as he is fondly called, has been treating patients from Marshall, Dekalb, and Cherokee counties since 2002. He is board certified by the American Board of Internal Medicine as an Internal Medicine and Sleep Medicine specialist. He is a member of the American College of Physicians – American Society of Internal Medicine and the American Academy of Sleep Medicine. In January, 2009, Dr. Tenchavez became one of the first four physicians in the Northern Alabama territory and the first physician in the Marshall & Dekalb county areas to be recognized in the Diabetes Physician Recognition Program of Blue Cross Blue Shield of Alabama for excellence in the care of diabetic patients. BCBS of Alabama listed him as one of the top 100 physicians for diabetic care in the whole state of Alabama in 2009. He has served twice as Chairman of the Department of Medicine at Marshall Medical Center South. He also remains as an active somnologist (sleep medicine specialist) at the Marshall Sleep Disorders Center assisting patients with sleep related pathologies. He, his wife Sheila and son Vincent live in Albertville. He is an avid music lover and helps out Scout troop 4071 of Albertville in his spare time. 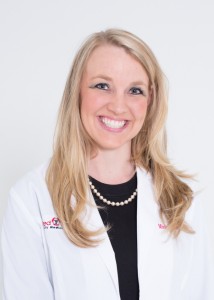 She then went on to work as a bedside registered nurse and charge nurse in the Cardiovascular-Thoracic Surgical Intensive Care Unit for 5 years at Huntsville Hospital. She served on the Information Technology Committee for Huntsville Hospital nurses and was recognized as a Care Champion.

Miranda Smith and her husband currently reside in Boaz, AL. She has been practicing locally since 2012 where she continues to promote and provide quality healthcare to her patients. 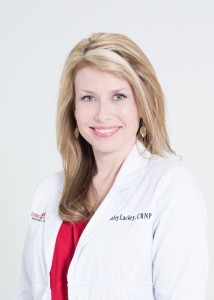 Ashley was born and raised in Boaz. She attended Boaz High School where she graduated in 2001. She and her husband David have been married since December of 2001. Ashley began studying at Snead State in the fall of 2001, but decided she and David were ready to start their family. Lily their daughter was born in 2003 and Logan their son born 18 months later.

In 2006, Ashley transferred to the University of Alabama in Huntsville where she received her Bachelors of Science Degree in Nursing in 2009. She had already been employed by Marshall Medical Center South as a CNA since 2007 and transferred internally to an RN in 2009. She began her Masters of Science degree in Nursing in 2009 and graduated in May of 2011. After completing her Master’s degree she continued to work as a RN and as a Clinical Instructor for Snead State Community College.

In January of 2012 Ashley started practicing as a Nurse Practitioner in Phoenix City, AL. She practiced there for one year before locating back to Boaz. She continued working as a Nurse Practitioner locally at Cherokee County Health and Rehab and Attalla Healthcare until March of 2015. During her time there she specialized in geriatric care and completed her training in foot care.

Ashley has maintained care for patients in long term and short term rehab for the last 3 ½ years. She has worked hard to promote and provide excellent medical care and regulate medications over time.

Ashley is very excited about this new adventure in her life with United Doctors Family Medical Center. She looks forward to the opportunity of meeting new patients and working collaboratively with her new employer and other employees.